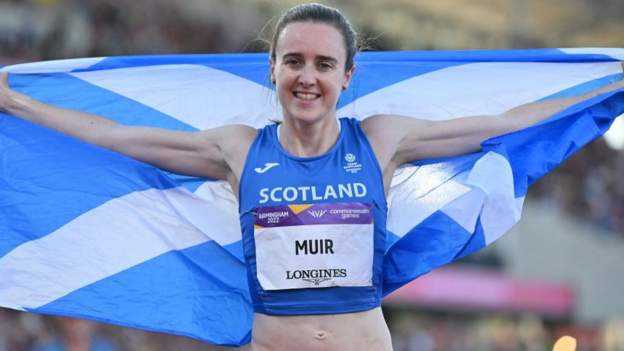 Scotland’s Laura Muir won the Commonwealth 1500m with a ruthless performance, her opponent turning to dust behind her.

The 29-year-old ended the pressure with a 500m, and despite Northern Ireland’s Ciara Mageean’s best efforts, no one could live with her.

Muir finished in 4 minutes 2.76 seconds to add to her bronze medal in the 800 meters and win Scotland’s 12th Olympic title.

Mageean took silver ahead of Abbey Caldwell in Australia.

The victory capped a fantastic 12 months for Muir.

A year and a day ago, she won an Olympic silver medal in Tokyo after several consecutive losses in the main final.

Last month, she won a bronze medal at the Eugene World Championships.

Just yesterday, she finished third in the 800m final.

But the Commonwealth Gold Medal had a peculiar problem – Moore missed the 2018 Gold Coast veterinary exam and finished 11th in the 2014 Glasgow final.

“You learn from it and your time will come,” she told BBC Sport.

“It sounds cheesy, but it’s true. Eight years of the Commonwealth, it’s stuck with me, so it means a lot.”

Muir’s year wasn’t over, either. The third peak of the epic battle awaits in a little over a week.

In Munich, she will fight to defend the European title she won in Berlin four years ago.

The number of gold medals Scotland has won at the Commonwealth Games now exceeds the total at every Olympic Games, with the exception of Glasgow in 2014.

In the 800m final following Moore’s victory at Alexandria Stadium, England’s Ben Pattison underlined his potential by taking bronze in the senior field.

The 20-year-old finished third in 1:48.25 as Kenya’s Wycliffekin Yamal defended his title under pressure from Australia’s Peter Pohl.

Max Burgin, another British rookie and the fastest man in the world this year, missed the Commonwealth and World Championships after suffering a deep vein thrombosis en route to Oregon.