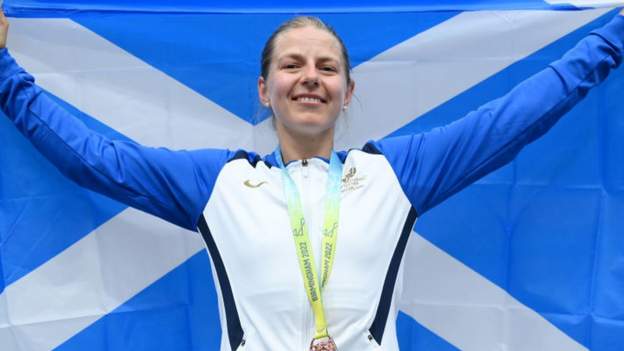 Evans, who took silver in the Circuit Bike Points race last Sunday, had a solid performance but was on par with Baker, who took a third gold.

Australia’s Sarah Roy won the bronze medal as her team dominated the game from start to finish.

Baker’s win added to her team chase and points wins.

Eluned King finished eighth and Alice Barnes of England tenth on the seven-lap circuit through the streets of Warwick Wales.

Brown was part of an Australian team of six who were rarely on the front lines, chasing the break and making sure the sprint was done after 112km.

The men’s road race will take place on Sunday at 12.30 BST on a 160km track, with legendary Isle of Man sprinter Mark Cavendish taking on defending champion Geraint Thomas of Wales.