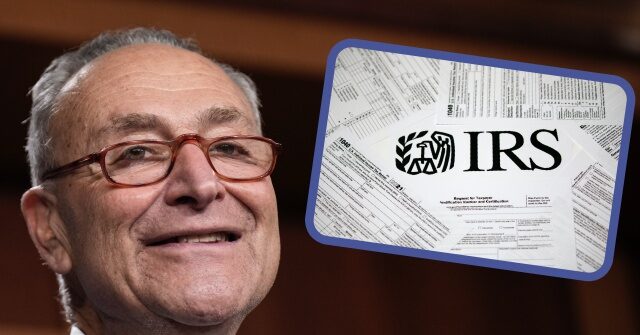 Senate Democrats in a partisan vote rejected an amendment to their Reducing Inflation Act that would bar IRS funds from being used to hunt down America’s working class through audits and tax increases and middle class.

On Sunday, Senate Democrats passed the Reducing Inflation Act, which includes $80 billion in funding for the IRS to conduct more audits of most working and middle-class American households squeezed by inflation.

The Joint Commission on Taxation reports that 78% to 90% of taxpayer funds raised through new audits and investigations will come from U.S. households earning less than $200,000 a year. Meanwhile, only 4% to 9% of households are expected to earn more than $500,000 a year.

However, the amendment was rejected by all Senate Democrats in a partisan vote. Instead, the legislation passed simply indicates that Congress does not “intend” to raise taxes on households earning less than $400,000 a year.

The Reducing Inflation Act appears to violate a promise Biden made to the American taxpayer during his most recent State of the Union (SOTU) speech in March.

John Binder is a reporter for Breitbart News. Send an email to jbinder@breitbart.com.follow him on twitter here.