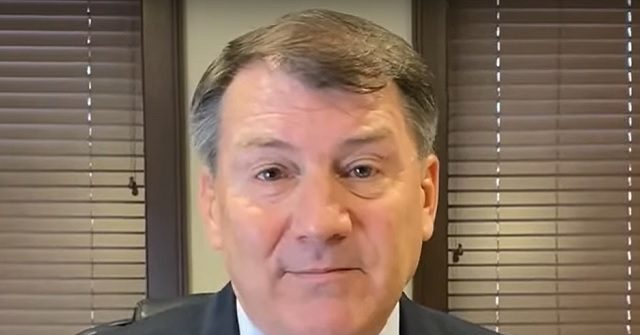 Sen. Mike Lowndes (R-SD) said Sunday on NBC’s “Meet the Press” that he would support former President Donald Trump if he ran for president in 2024. Want to “see who else will show up”.

Anchor George Stephanopoulos said: “Donald Trump signaled again last night at the CPAC meeting that he is looking for a 2024 presidential run. Your colleague Lindsey Graham from South Carolina seems to be encouraging him to run. Do you want to join this effort?”

Rounds said, “In this particular case, I’m going to focus on the 2022 election. We have to win that back. I’ll keep the powder dry for the 2024 race. Let’s see who else turns up.”

Stephanopoulos said, “Do you want someone else?”

“I certainly think it’s going to be a broad field,” Rounds said. “In the Republican Party, we’re going to talk about one thing moving forward with ideals and principles. Democrats now want to see President Trump announce by 2022. I Think the reason is that they want to take their attention away from the 2022 election and the candidates they have. The other thing is that now President Biden is as deep as he is, their principles, their problems, the inflation rate Over 9%, the fact that GDP is down, I think it’s a good time for them to look at other things to talk about.”