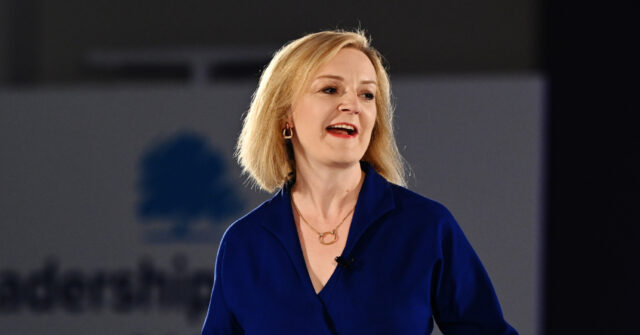 Britain’s Conservative leadership contender Liz Strath said she would consider moving the British embassy in Israel from Tel Aviv to Jerusalem if she becomes prime minister next month.

In a letter to Friends of Israel’s Conservative Party, Truss wrote that she understood the “importance and sensitivity” of the location of the British embassy in Israel.

“I have had numerous conversations on this topic with my good friend Prime Minister Rapid. Acknowledging this, I will review a move to ensure we operate from the strongest foundations within Israel.”

Under former US President Donald Trump, the US became the first country to move its embassy from Tel Aviv to Jerusalem.

Truss also pledged that she will ensure the passage of a bill to end the boycott, divestment and sanctions (BDS) policy introduced by local councils against Israel.

“Public agencies should not adopt discriminatory policies that go against this administration’s position and create unnecessary division. I will make sure this is stopped.

“Our shared values ​​are strong and need to be defended. The UK should stand by Israel’s side, now and in the future. As Prime Minister, I will be at the forefront of this mission,” she said.

“It remains important to me to educate the public about the dangers of anti-Semitism and the role it plays in driving anti-Zionist and anti-Israeli sentiment,” she said.

“A key part of that is continuing to educate about the horrors of the Holocaust, which I hope will be reflected in appropriate monuments honoring the millions of victims.”

She promised that “all options are on the table” if Iran refuses to return to the tattered nuclear deal.

Truss will go head-to-head with former Prime Minister Rishi Sunak, who wrote his own letter to Friends of Israel’s Conservative Party expressing support for Israel.

Sunak said he would seek “a new, strengthened nuclear deal, extending the sunset clause, extending the breakout period and scaling back Iran’s ballistic missile program. The credible threat of recoil sanctions that has not emerged in negotiations so far is our The only way to force Iran to seriously engage in these proposals.”

“I am deeply concerned by Iran’s quest for regional hegemony and the threat it poses to Israel,” Sunak wrote. “We cannot allow Iran to have a nuclear weapon, and the UK and Israel must strengthen our diplomatic, defence and intelligence cooperation to prevent this from happening.”

Sunak praised the Trump-led Abraham deal, saying “the UK has a responsibility to use its strong relationship with other Gulf states to expand the number of signatories to the agreement.”