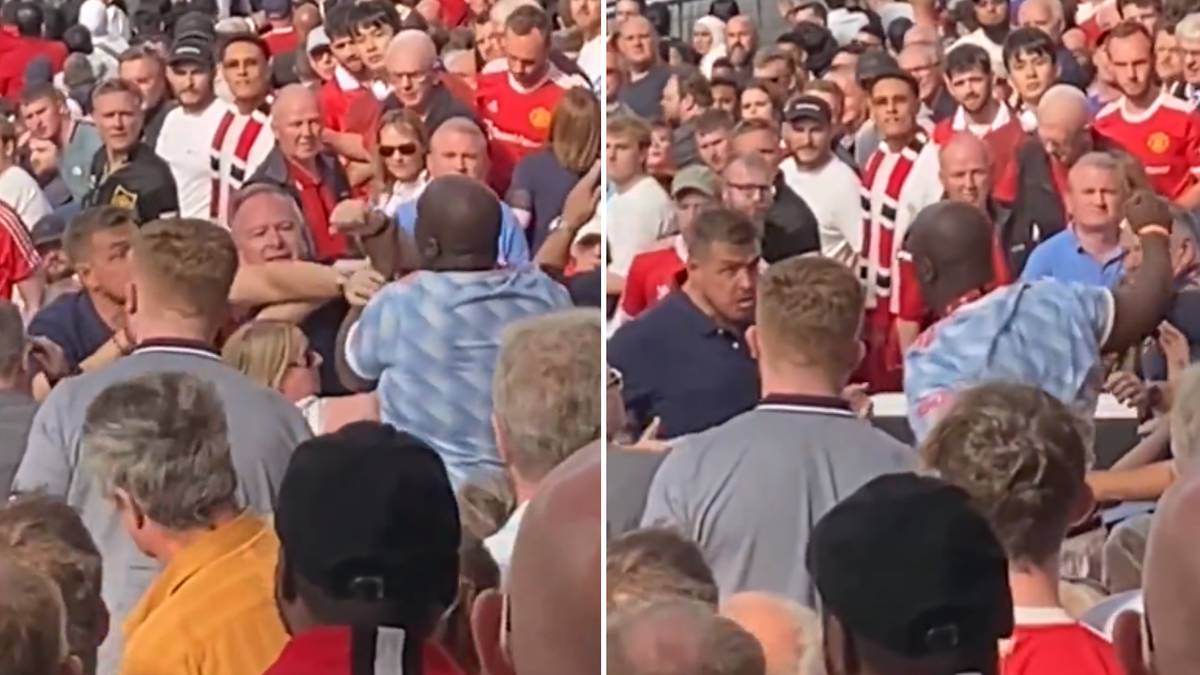 A shocking video shows Manchester United Fans slaughtered each other in the stands at Old Trafford during Sunday’s humiliating defeat to Brighton at Old Trafford. Check it out below:

The video showed some supporters clashing with each other as fans watched in horror.

There was a scuffle between two fans and the other appeared to be trying to distract the situation.

The commotion in the stands came after Eric Ten Haag had his worst start as the Manchester United boss.

They trailed 2-0 at half-time and his side failed to overturn the result in the second half – just one goal back.

Ten Hager slammed the team’s performance, calling the loss a “frustration” as he expressed his feelings in a post-match interview.

Eric Ten Haag said today’s defeat was a “real disappointment” and it will take time to get Manchester United back to the top of the table… pic.twitter.com/Z3ygzSmWwE

“It was definitely a setback and a real disappointment, of course,” he told Sky Sports.

“I knew from the start it wasn’t easy. We conceded two easy goals and it wasn’t good in the organisation.

“Obviously our midfield was better in the second half, Eriksen went off and Ronaldo came on. We created two good chances for Rashford, unfortunately we didn’t score.

“I’m not satisfied, not at all. We lost, there was no need. We should have done better.

“Brighton are a good team, all the compliments, but I’m looking forward to my team and we shouldn’t concede two goals lightly.”

Ten Hager will be in charge of his second Premier League game next Saturday when his side travel to Brentford.