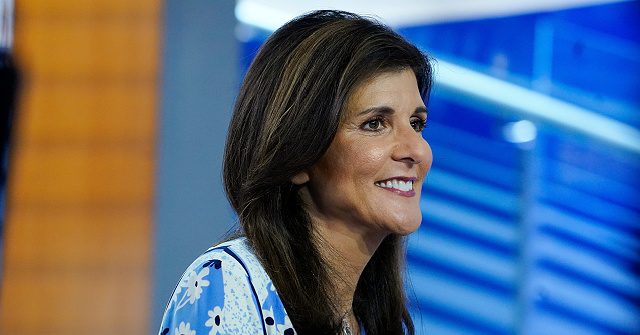 On this week’s episode of FNC’s “Fox News Sunday,” former U.N. ambassador Nikki Haley discusses what might happen in the 2024 presidential election.

“Well, I think President Trump will decide for himself whether he wants to run again,” she said. “There’s still January 6th [committee] It was a biased committee from the start, and no one objected to any information they had. So Americans have a hard time believing it. What I’m going to tell you is, look, if there’s a place for me, I look at the madness in the world, I look at what’s going on with this awakening culture, our schools want our kids to decide their gender, I look Look at the fact that we have men in women’s sports, and I look at the fact that we have our military focused on gender pronoun classes. What I’m telling you is that we need to get rid of it. This is absolute madness. We have enemies trying to hunt us down, and America has been naive, it’s been weak, and it’s been sleeping on the drive. “

“I’m just saying, sometimes, it takes a woman,” Haley continued. “Margaret Thatcher said if you want to express something, ask a man. If you want to do something, ask a woman. We shouldn’t look away from 2022. If we can’t in 2022 Win and there won’t be 2024. So we need to be humble, disciplined and win. If there’s a place for me, I’ve never lost a game, I’m not going to start now. We’ll see what happens, We will move on.