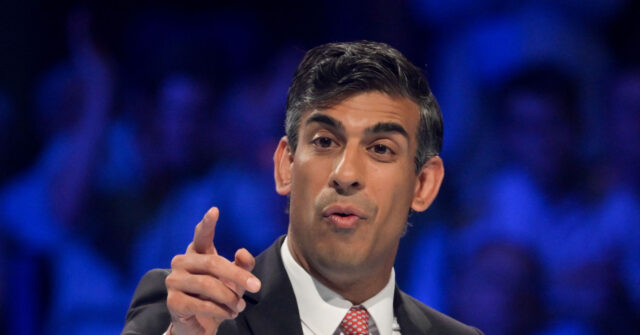 Conservative leader Hope Rishi Sunak says rape gangs remain unsolved due to political correctness and he will set up a task force to deal with the issue.

“The Conservative government shouldn’t let political correctness get in the way of people’s safety,” he continued, acknowledging that rape gangs are “much more prevalent across the country than we all realize” and saying that, as prime minister, he will make a case for rape Gang members are introducing new life sentences with “very limited parole options”, with an NCSA task force dedicated to investigating them and asking police to prioritise groomers and document their ethnicity “which is not currently being done because people don’t want to do that”.

The Tories claim they will let police record the race of groomed gnag members without long-term enforcement, but, for example, the government minister responsible for policing, Home Secretary Priti Patel, has promised to make it mandatory in January.

“It’s been a long time since we paid attention to this issue… We all know why people don’t pay attention to it. It’s because of political correctness”

Maggie Oliver, a Greater Manchester police detective turned whistleblower for beauty gangs, was dismissive of Sunak’s “going on trend”, as she put it, describe He plans to treat them as “a recording… more words that don’t actually translate into action”.

In his proposed new task force, she noted that “we have [police watchdog] Now, the IOPC has set up an internal investigation unit within the police force – but they have been failing to hold senior officials accountable for failing to handle the issue. “

Oliver, now in charge Base Groups supporting victims of beauty gangs believe what is really needed is a comprehensive royal commission to address the fact that law and order in the UK “has collapsed”.

“This is Rishi Sunak joining the bandwagon”